Biz & Tech Mentorship through “Coach & Do” Training for Underserved Communities

It was not until the summer of my sophomore year at the US Air Force Academy in Colorado Springs that I began to understand the pioneering achievements of Tandy and his ten siblinngs — first generation out of slavery. Their father, KD Stroud, was born and raised on a Texas slave plantation in Limestone County owned by the brothers Logan Stroud and Sampson Mandred Stroud.

With the aid of his grandfather and slaveowner (Sampson), KD Stroud escaped the discrimination and racial violence of post-Civil War era Texas and arrived in Indian Territory (present-day Oklahoma) where he met my great-grandmother Lulu Magee of the Creek Nation. When Oklahoma gained statehood (and with it Jim Crow laws, segregation and increased violence against people of color), the couple moved to Colorado Springs where General William Palmer had created a non segregated public school system in which their children could get a quality education. KD and Lulu’s 11 children thrived in this environment, earning high academic performance in high school and college, which led to trailblazing achievements in academia, business, science, the arts, publishing, public service, and sports:  1928 Olympic Trials, Apollo Mission, Whitehouse invitations and visits. The Stroud family legacy inspired me to complete the grueling four years at the Air Force Academy where I studied management and engineering, learned to fly, trained and competed against Olympic athletes and went on to travel the world as an award-winning management consultant and author with IBM and Ernst & Young (EY). I can now pay it forward. The SLA is built on foundational principles I learned at the AF Academy, pilot training , management consulting and from competing with Olympic athletes. 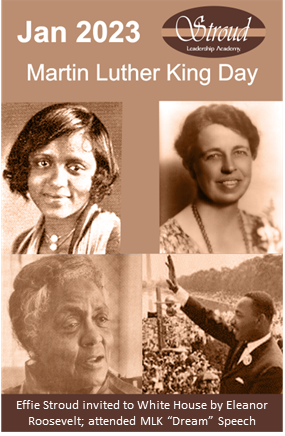 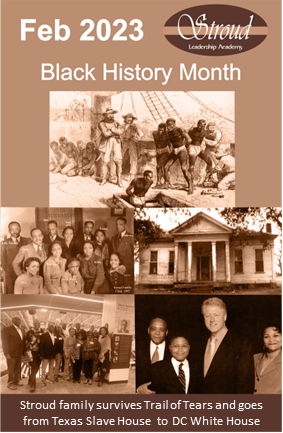 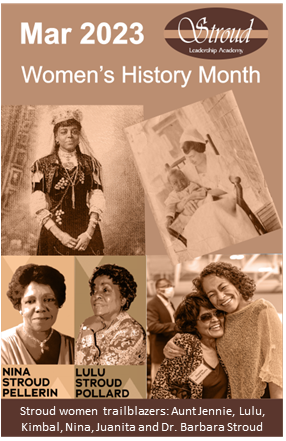 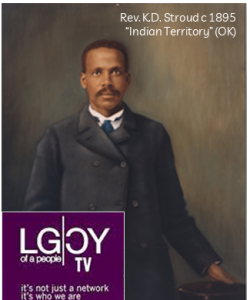 Tim Reid, working with Frank Shines and other Stroud family members, will produce a captivating documentary to record the history of heartbreaking struggles and trailblazing achievements of the Stroud family.

Memorialized in the Colorado Spring Pioneers Museum, the Stroud name will be forever linked with the Apollo Missions, the White House, the Olympics, the Sachs Foundation and the Colorado College Stroud Scholars for their pioneering accomplishments in the arts, academia, business, science, public service, and athletics. 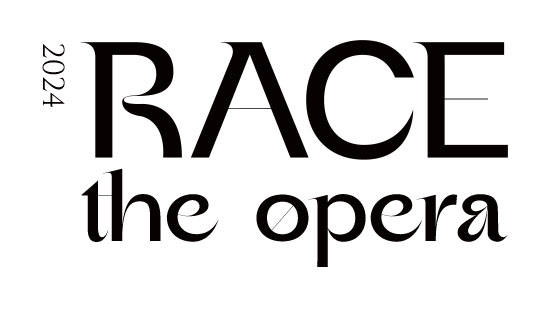 True-life story of Dolphus Stroud, a Phi Beta Kappa Scholar-Athlete and his quest for the 1928 Olympics eight years before Jesse Owens.

Denied funding and travel due to his race, Dolphus decided to walk, run and hitchhike 2,000 miles from Colorado Springs to Cambridge to compete at Harvard Stadium in the 5K track and field event.

IBOC’s RACE the Opera takes you on an emotional, yet uplifting cross-country journey that reminds us of the power of the human spirit. 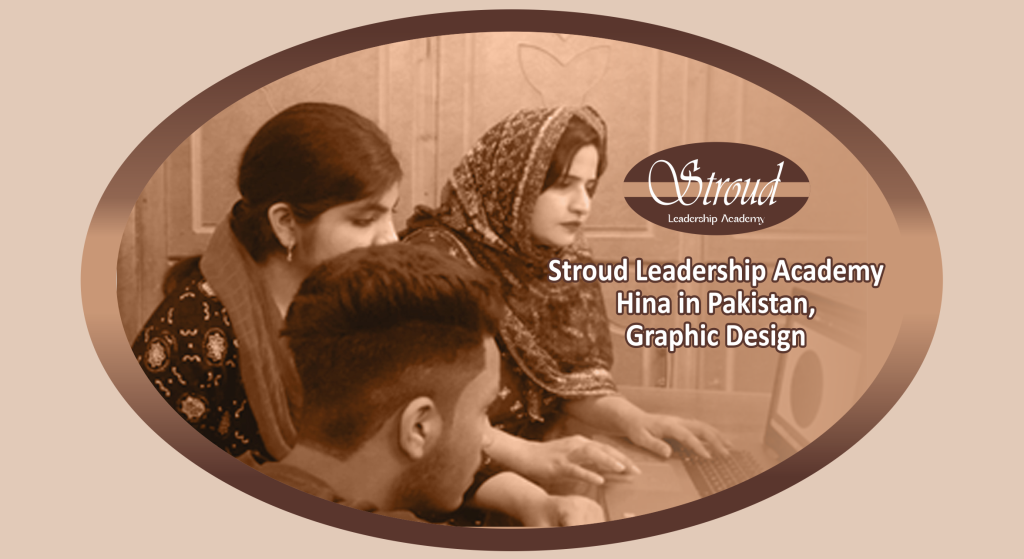 The Stroud Leadership Academy (SLA) is proud to have been featured in Forbes Magazine, which helped us to reach over 4,000 people in underserved communities of the US, Brazil, Africa and the Middle in the second half of 2022.

SLA develops leaders of character with critical thinking, problem-solving and digital literacy skills, a passion for lifelong learning and an understanding of the psychology of human and social change.

The Colorado College Stroud Scholars, the Colorado Springs Pioneers Museum, the Six Sigma Management Institute, the  Sachs Foundation and GUETTO Institute, are friends of the family and key SLA partners.

Imagine the motion pictures Hillbilly Elegy, Apollo 13 and Hidden Figures all captured into a single film in the form of a Tim Reid documentary.

That is the vision of the upcoming Tim Reid documentary, K.D. & Lulu: An American Journey from the Slave House to the White House.

Before Jesse Owens shocked Adolph Hitler and the Nazis at the 1936 Berlin Olympic Games or Neil Armstrong walked on the moon, Kelley Dolphus Stroud was accepted into Harvard University and qualified for the 1928 Olympic Trials at Harvard Stadium. And his younger brother Jack Stroud developed the mathematical formula responsible for returning the Apollo astronauts safely to earth from the moon.

Their father, K.D. Stroud was born and lived on a Texas slave plantation until the age of 19. With the aid of his grandfather, the plantation owner, K.D. fled Texas where he later met and married Lulu Magee of the Creek Nation in “Indian Territory” (present day Oklahoma). When Oklahoma received statehood in 1908, desegregation, Jim Crow laws and violence threatened the family. So in 1910, the couple moved to a safer Colorado Springs community where they raised “eleven remarkable children”  — this according to John Stokes Holley, author of The Invisible People of the Pikes Peak Region: An Afro-American Chronicle. This documentary brings to life the untold story of two parents and their eleven children who changed the face of the nation and blazed trails for future generations of African- and Native- Americans in academia, publishing, sports, business, science and public service. 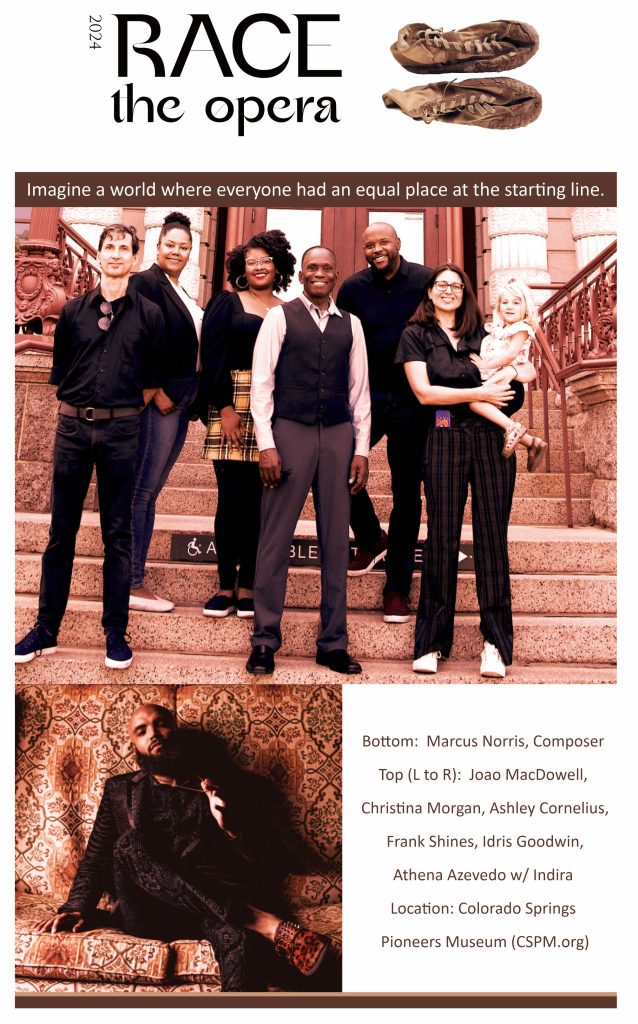 RACE the Opera is a production of the International Brazilian Opera Company (IBOC) in partnership with the Stroud family.

“RACE” CHRONICLES THE JOURNEY OF DOLPHUS STROUD BLAZING A PATH FOR BLACK ATHLETES AND SCHOLARS FROM COLORADO SPRINGS TO BOSTON.

Forever the optimist, Dolphus encouraged his daughters and all Stroud progeny to “Use obstacles as stepping stones.”

Inspired by the life stories of Dolphus Stroud, his Aunt Jenny of the Creek Nation and his siblings Effie Stroud and Tandy Stroud, RACE follows the 2,000-mile cross-country journey to compete in the 1928 Olympic Trials, eight years before Jesse Owens‘ historic Berlin Olympic performance.

Stay In the Loop: